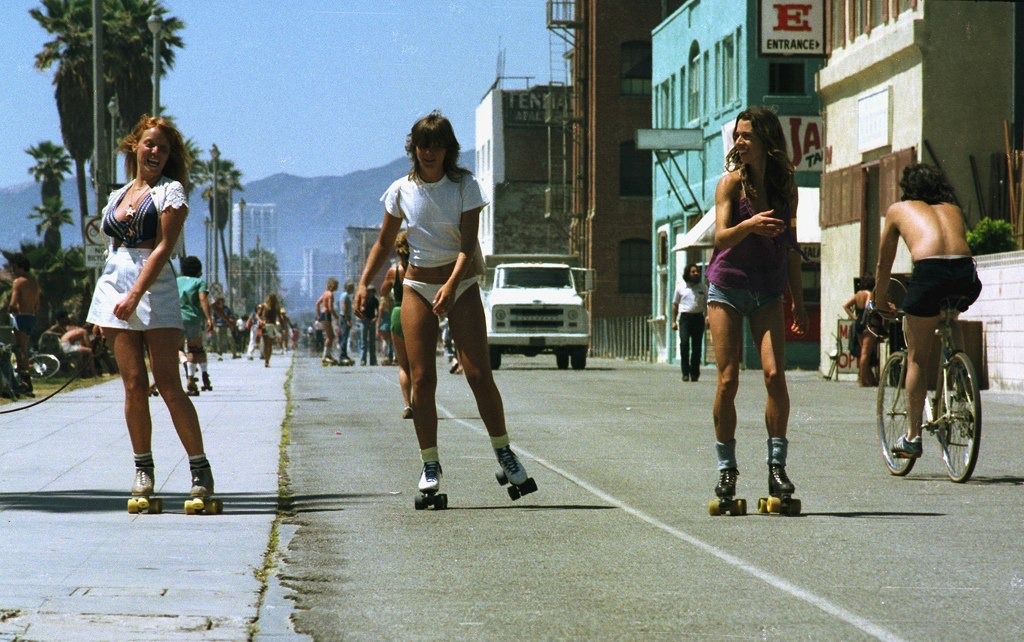 The 1970s were a decade of laid-back fun and freedom. Hippie/Bohemian culture, a remnant from the ’60s, was thriving. David Bowie, The Rolling Stones, and The Beatles grew into massive musical icons of this decade. Also, experimentation and rule-breaking in fashion was at an all-time high.

This decade was marked by increased autonomy of women. Women were experimenting with styles and life outside their societally-approved roles, which was inspired by Betty Friedan’s “Feminine Mystique”. Despite lingering economic & racial tensions, it was a time of growth and increased understanding between different social groups. The idea of the ‘female diva’ was also born, with women such as Cher and Diana Ross dominating the music & fashion worlds.

The ‘70s brought some iconic runway moments. Emilio Pucci designed bohemian collections, which helped inspire much of the hippie styles of the 70s. There were many floral pieces and loose, patterned fabrics.

Karl Lagerfeld broke into fame during the 70s, and became one of the most well-known and respected designers of the time. He became widely known for his Chloé Spring 1973 collection, which consisted of loose jackets and pants, mini-bra dresses, mini skirts, and silk fabrics. In this collection, he popularized the “surprise skirt”, which was a pair of pants that were designed to look like a maxi skirt.

YSL transformed women’s fashion by introducing a lot of androgynous clothing, and popularizing trousers and suits for women. Vivienne Westwood’s fashion label was also born in the 70s, and she brought controversial, revealing punk-styles into the mainstream.

In warm areas during the summer, rollerskating became a a huge part of the culture. Skating outfits were usually revealing, with very short shorts and cropped shirts. Rollerskating culture was based around the very fun and free aspects of ‘70s life.

People also experimented with bright colors and new textures in their style, such as glitter. Shoes became chunkier and brighter-colored. For the first time, it became cool to wear “worn in” clothing.

Simple t-shirts and old denim were now stylish instead of raggedy. Jane Birkin was one fashion icon who wore many laid-back styles.

Beauty was focused around dramatic hair and eyelashes. Some common hairstyles were voluminous, wavy hair and afros. Twiggy inspired the exaggerated lash trend.

Here are some key ‘70s pieces to incorporate into your wardrobe: 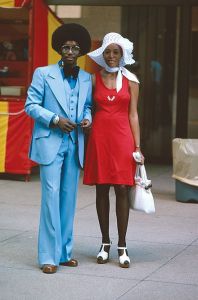 The Artémis Team would like to thank this article’s writer, Cora, who contributed to our History of Fashion project. Her Twitter: https://twitter.com/messyprada

Scroll back to top