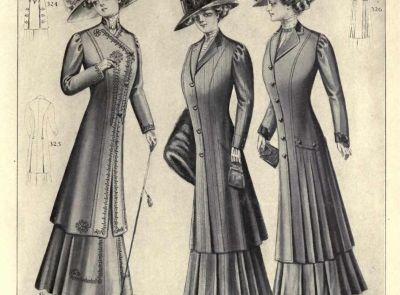 History of Fashion: In these series, Artémis Magazine is pleased to invite you to rediscover many particular and memorable eras of Fashion through all its history.

In this article, we will focus on the Edwardian era (1900-1910) with the help of this article’s collaborator, Nayeli Alelí Ruís Salazar, (follow her on Twitter now.)

(If you wish to collaborate with the Artémis Team, do not hesitate to contact us here.)

The Edwardian era was the beginning of the relationship between elite and fashion trends as we know them now. Located in the UK, and during the early 1900’s, this period changed the lifestyle of its people. King Edward VII was a great precursor of technological changes during this era. Back then, sports were destined to the upper class. This period of time is also marked by the beginning of prostitution, which has affected the evolution of fashion. In a pre-World War I kind of Europe where lies a relative harmony,  the King Edward VII was part of a fashionable elite and also enjoyed good public relations.

Feminine fashion of the upper class was all about dresses. They were less voluminous than the Victorians (S-bend silhouette), and a little shorter as well (showing the ankles, which was considered to be a sex appeal). The hats were mainly ostentatious. In addition, gloves and umbrellas started to become common accessories, while the tailor jackets were firstly introduced. During this time, the “healthy” corset is designed to ensure that women are more comfortable wearing corsets, unlike its previous design in the Victorian era.

The gentlemen of the upper class began to wear sports clothes, such as loose jackets in Tweed fabrics. This element is named the “Norfolk jacket”, after the Duke of Norfolk, whose residence was at Sandringham House in Norfolk. 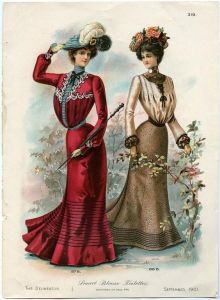 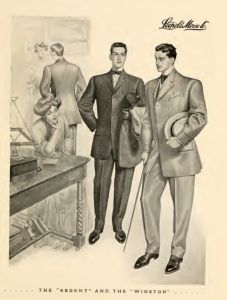 The dinner jacket or tuxedo appears for the first time, as an alternative option to the dress ensemble. In informal occasions dinners, the tuxedo replaces the tailcoat and is accompanied by a black bow, smooth silk. 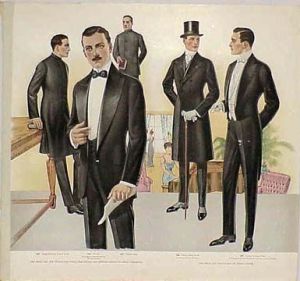 On the other hand, the working classes were adapting to the tendencies of upper class, but in their own way and financial resources. As the years progressed, the general public had more access to the trends. In opposition to the upper class, the working class did not buy their clothes in specialized boutiques. They produced them in small local businesses. A clear example of the difference between garments of social classes is in the movie Titanic (1998). 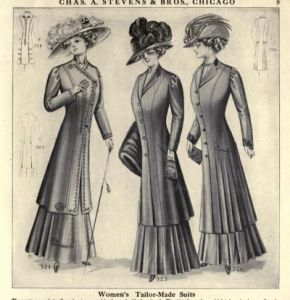 The end of the Edwardian era differs a little according to multiple historians: some point out that it ended in 1910, others in 1914 with the start of WWI, while some link it with the sinking of the Titanic… To Nayeli, Artemis Magazine’s collaborator, the death of the Edwardian era is principally due to the beginning of WWI in 1914, which changed the lives of many people in Europe.

What Nayeli likes most about this era is the beginning of tolerance and acknowledgement between social classes, in the end we are all human and deserve respect. This shows that we can all dress the way we like, according to our preferences and resources. It therefore proves that wearing designer won’t help, if you have no sense of style.

Nayeli also wanted to point out the influence that the Edwardian Era had in her own country, Mexico, despite the fact that the era was born in England. Porfirio, the president-dictator of Mexico at the time, was a true admirer of the culture of Europe, especially France. He brought to Mexico certain customs and trends, especially in fashion, art and architecture. 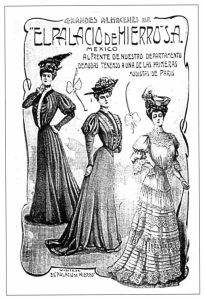 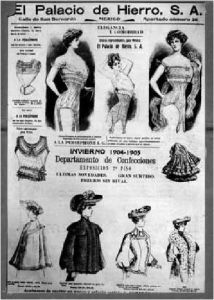